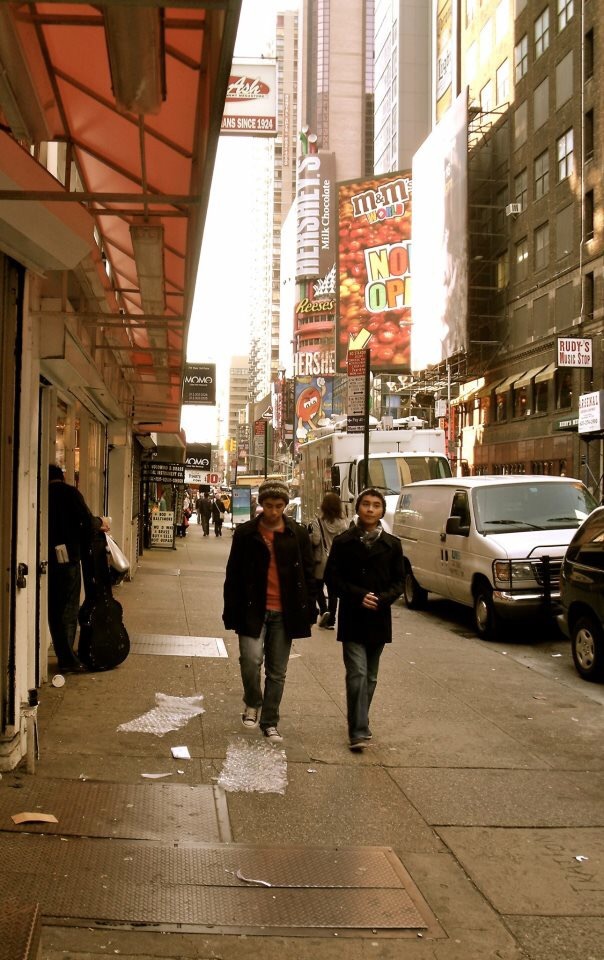 I was waiting for them at the corner of 48th and 6th St. It appeared that they had just checked one off their bucket list. We were visiting New York city with my parents on a “once in a lifetime” trip six years ago. My two boys had just spent the afternoon in the historical music row on 48th street strumming guitars and testing out keyboards in the music stores. I caught this moment through my lens not realizing the power of that particular moment, until now.

Fast forward to their university applications and acceptance letters, this is where I received the terrifying blow! The conversations became real when my children began to say they would pursue dreams I was not able to fund.  They decided to enter through doors I couldn’t  open, follow a path I had never walked, and walk on sidewalks I had never seen. This is where uncertainty slithered in. If I couldn’t grasp a guarantee or see a clear dotted line, I automatically assumed we had detoured. Up until now, all risks and dreams were encouraged as long as they didn’t stretch me too far beyond my abilities nor blur beyond the visible horizon. Neither one of my sons had mercy, though. These two boys took God to His word and proceeded to tread through unknown territory. They knew we couldn’t make it happen, but GOD could. They were aggressive to follow their dreams. Little did they know they would ruin me forever.

Let me share what I found ruined in the aftermath… these are the things that will no longer return to their previous state. God destroyed these strongholds in me and I am forever glad he did.

My prayer for you as a friend, sister, and mother is that you allow yourself, your children and your spouse to dream beyond their boundaries. Maybe God will stir you up a bit or a lot like he did me. Nevertheless, let God align you and them with His vision, His projects, and His agenda. He’s got this!

In a few short days, my oldest will be returning to Cornell University in upstate New York and my younger son will be starting at New York University in the very city we thought we were just visiting and passing through. This small town mom that grew up on the border and became the first to graduate from high school, never expected God to take them that high.  I get chills when I look at this picture taken years ago while they were in middle school. I had no idea what God was stirring up and sowing in their hearts. I like to think that I captured that very moment.

My name is Osen. At this season in my life, I am raising two handsome young men and a beautiful daughter. I currently teach . You will find me jogging on my free time or buried in a pile of books, if my energy isn't zapped too early in the evening. The inspiration for my blog was birthed on the pavement ( I am a jogger) where God speaks so loud and clear to my spirit. At a very young age, I was aware that the enemy had an agenda against me and my generations. I rose up in God's grace and strength to push back and climb the destiny assigned from above. I hope to share some insights on raising children with a purpose, setting them in motion to achieve their God given purpose, and to encourage one another to pursue our own dreams. Let's raise up an army of women who takes down the kingdom of darkness and focuses on establishing God's plan in our homes. View all posts by Osen de Leon